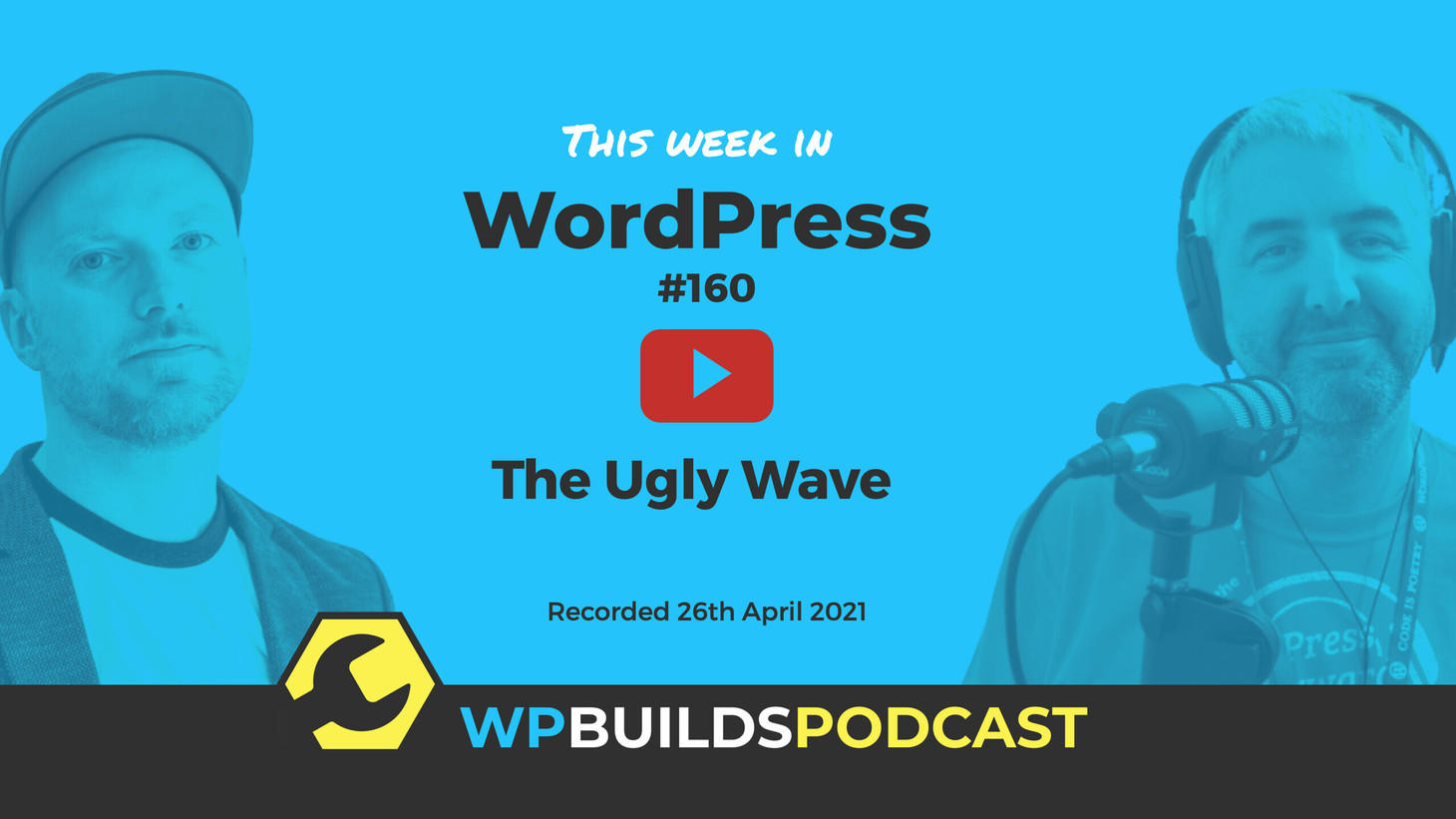 Join the Page Builder Summit 2.0. Over 30 great speakers with tips and tricks to help you build your websites. FREE to register at https://pagebuildersummit.com. Monday 10th May until Friday 14th May. Go for it!

"In light of the 5.8 planning and next steps, I wanted to share the upcoming schedule for the FSE Outreach Program in order to ideally help people participate more in what’s to come. As changes occur and I’m able to create plans further out for 5.8, I’ll edit this post and note exactly what I changed at the very end of this post. I do expect changes so please see this all as what I anticipate vs set in stone plans..."

Anne McCarthy on How Full Site Editing Will Impact WordPress

So the podcast today features Anne McCarthy. Anne is Developer Relations Wrangler for Automattic. Her work is focussed on the WordPress.org space, and she is leading the Full Site Editing Outreach Program. She's helping people contribute feedback about FSE and support the development of the project.

"WordPress contributors are proposing the project take an active position on Google’s Federated Learning of Cohorts (FLoC). This particular mechanism is Google’s alternative to third-party cookies that doesn’t require collecting users’ browsing history. The GitHub repository for FLoC explains how Google will group people together and label them using machine learning..."

"Simply Schedule Appointments integrates with The Events Calendar to let users book appointments for your events..."

[FSE] Full-Site Editing Preview: The What, Why, and How of Global Styles

"Global Styles is one of the most exciting features of Full-Site Editing. Parts of this feature will be shipped with WordPress 5.8 in June.Now you might say..."

Give affiliates a premium experience with the new Affiliate Portal

"The Jetpack team has been quietly testing a new plugin called Jetpack Boost, which addresses website owners’ performance and SEO concerns. Version 1.0 was released today, one month after the final pre-release came out in March..."

"The latest release of the Gutenberg plugin (10.4) brings block widgets into the Customizer. When customizing widget-enabled areas, a new block inserter icon is now available for dropping blocks into sidebars. This is the first iteration of block management in the Customizer, tackling the technical integration for editing blocks while also taking advantage of the live preview in the Customizer..."

"Today, April 21, 2021, the Wordfence Threat Intelligence team became aware of a critical 0-day vulnerability that is being actively exploited in Kaswara Modern WPBakery Page Builder Addons, a premium plugin that we estimate has over 10,000 installations. This vulnerability was reported this morning to WPScan by “Robin Goodfellow.” The exploited flaw makes it possible for unauthenticated attackers to upload malicious PHP files to a WordPress site and ultimately achieve remote code execution to take over the site..."

"Over the past 10 days, Wordfence has blocked over 14 million attacks targeting Privilege Escalation Vulnerabilities in The Plus Addons for Elementor Pro on over 75% of sites reporting attacks during this period. By April 13, 2021, this campaign was targeting more sites than all other campaigns put together. Number of sites attacked per day..."

"Patchstack, which recently rebranded from WebARX, released its 2020 security whitepaper. The report identified a total of 582 security vulnerabilities. However, only 22 of the issues came from WordPress itself. Third-party plugins and themes accounted for the remaining 96.22%..."

"WordPress vulnerability news is a weekly digest of highlighted WordPress plugin security vulnerabilities or vulnerability discloses that have been published. In April we have listed 28 vulnerable plugins and themes that affected more than 4.5 million sites..." 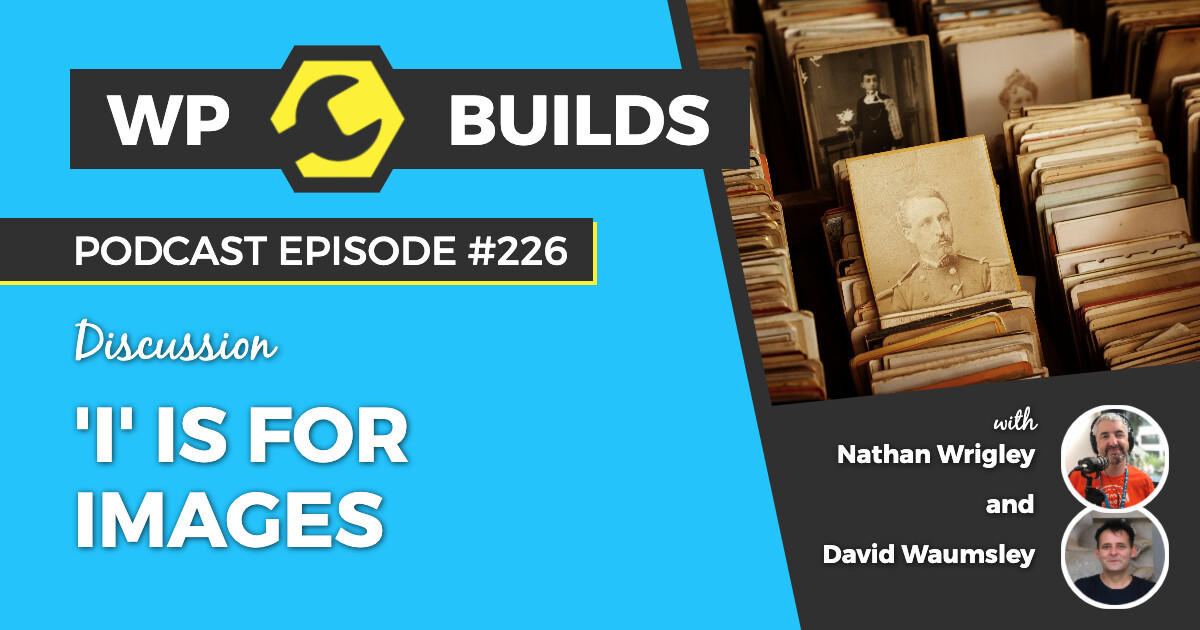 'I' is for Images - WP Builds Weekly WordPress Podcast #226

This is another A-Z of WordPress where we attempt to cover all the major aspects to building and maintaining sites with WP.  Today is I for…IMAGES (we could include ICONS too)

"We’re looking for an experienced full stack WordPress developer to help us with GeneratePress and our other projects (WP Show Posts and GenerateBlocks)..."

"Vaccine developed by scientists at Jenner Institute, Oxford, shows up to 77% efficacy in trial over 12 months..."

The obscure maths theorem that governs the reliability of Covid testing

"Maths quiz. If you take a Covid test that only gives a false positive one time in every 1,000, what’s the chance that you’ve actually got Covid? Surely it’s 99.9%, right? No! The correct answer is: you have no idea. You don’t have enough information to make the judgment..."

"Embedding Web Stories on webpages is easier with an update to Googles Web Stories WordPress plugin..."