Another week, and we're bringing you the latest WordPress news from the last seven days, including (but not limited to)... 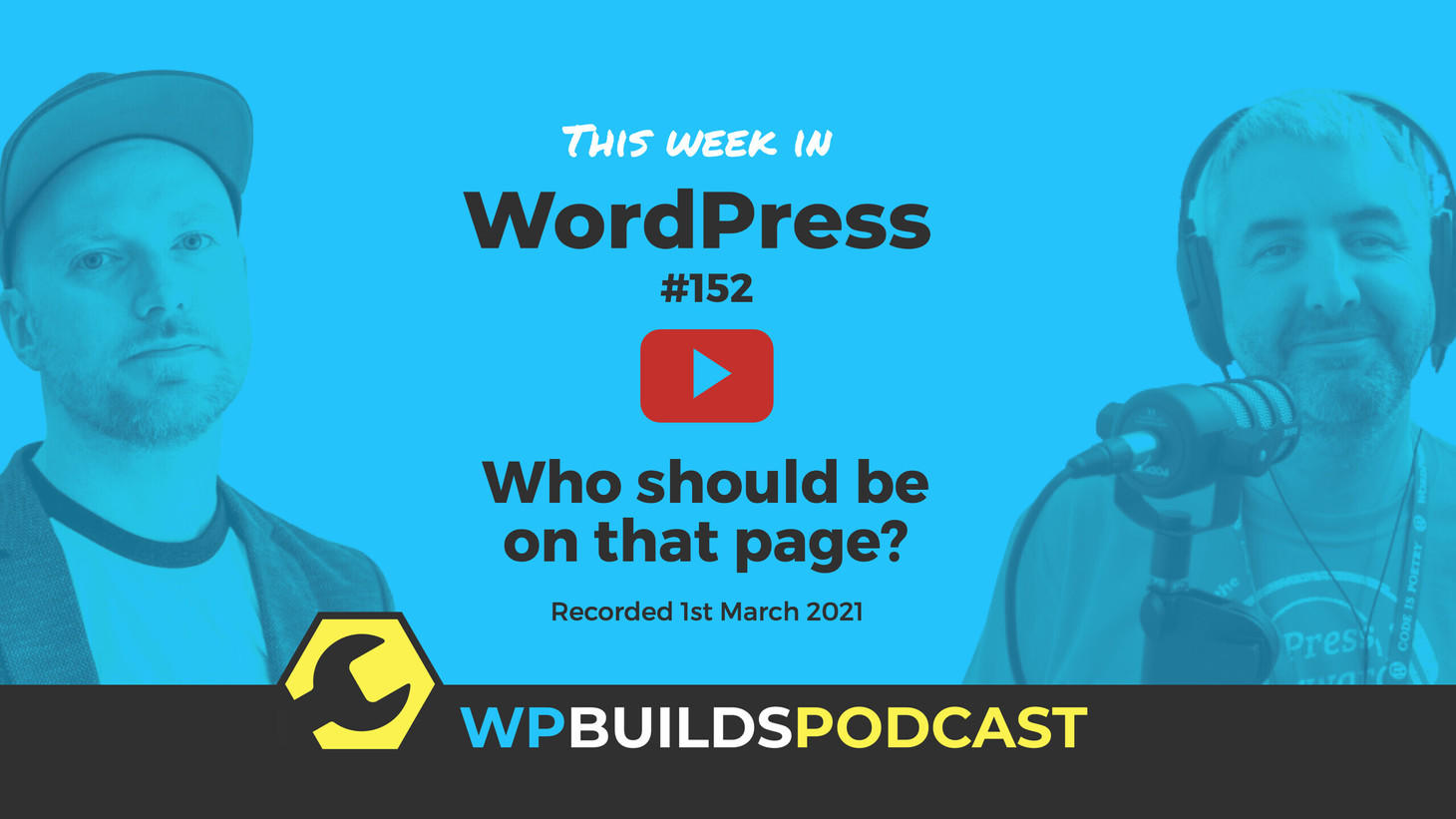 "It’s that time in the release cycle when all the dev notes are rolling out ahead of the next major update. These notes include technical summaries of all the goodies coming in the next release. If you haven’t been paying close attention, there are always a few happy surprises in there that pop up as conclusions to tickets that contributors have been working on for years..."

WordPress search trends for 2020: amazing for WooCommerce, good for plugins, bad for themes

"WordPress is the most dominant CMS by a huge margin, and by one measure it recently passed a 40% share of all websites. As a community, though, we have a relatively poor understanding of specifically what drives WordPress’ growth. If we don’t understand why WordPress grows, we won’t be able to evaluate opportunities or respond appropriately if the growth rate ever changes..."

"Bluehost was called out this week for misusing WordPress’ trademark, as the WordPress Foundation prohibits its use in advertising. The company has been featured on WordPress’ recommended hosting page for the past 16 years, as one of a handful of hosts that have been arbitrarily selected based on an incomplete list of criteria..."

"This last week I pulled the data below, which suggests WooCommerce isn't just for the small stores anymore. We had more than 100 stores doing over $1,000,000 in revenue last year, with an average order was just under $150..."

WCPUB Meetup: Career Growth and Development in WordPress and Beyond

"What are some of the memorable moments in your career that significantly helped you grow—or impeded your professional development? Our first WordCamp for Publishers meetup in 2021 focuses on growth and career development..."

Working at Yoast during the COVID-19 pandemic

"Working during a global pandemic is hard. Still, from the start, we have a guiding motto – we do what we can and, together, we make the best of it! Here is how it has been going so far..."

"Comprehensive & Detailed eBooks To Understand & Learn Elementor Better. These eBooks help you streamline your work process and assist you in building websites using Elementor. From getting started with Elementor basics to creating a fully-functional e-commerce website, we’ve got you covered...!"

"Anne McCarthy announced the second round of testing for the Full Site Editing (FSE) Outreach program. The call for testing asks that users build a homepage from the Gutenberg plugin’s site editor. Feedback is open until March 5..."

"GP Premium 2.0 brings you theme building using the core block editor and the GenerateBlocks plugin. Do you want stunning page heroes, personalized post meta, or custom sidebars & footers? You got that. Or maybe a custom author box without adding a plugin or writing code? How about your very own custom element populated with custom field content? But what if you could build your own single posts and post archive templates? Well… you got that too...!"

Since the beginning of the year, we have launched the complete refactoring of the plugin, starting with the generation of titles and metas. Ultimately, this will allow better maintainability of the code, better performance and greater flexibility for developers. Indeed, our objective this year is to offer a Rest API to retrieve all the data generated by SEOPress and thus allow the construction of static (headless) websites.

GraphQL API vs WPGraphQL: the fight!

It's a fun take on this difficult subject!

"Welcome to the MGM Grand Garden Arena for the bout of the century! Tonight, we are making history. Two young fighters will face each other out in the ring, clashing for the prize they have worked so hard for... To become the "GraphQL in WordPress" world champion..."

The Gutenberg WordPress Plugin To Introduce a Table of Contents Block

"What was once likely viewed as plugin territory is now a reality as part of the Gutenberg project. Yesterday, the team merged a pull request for a Table of Contents (TOC) block into the plugin’s codebase. It was a contribution driven by developer Zebulan Stanphill, starting nearly a year ago..."

"Earlier today, the WordPress theme directory welcomed its fourth block-based theme. Built by UXL Themes, Hansen is one of the more stylish projects capable of working with the site editor in the Gutenberg plugin. The theme author also stepped it up a notch and included several block patterns..." 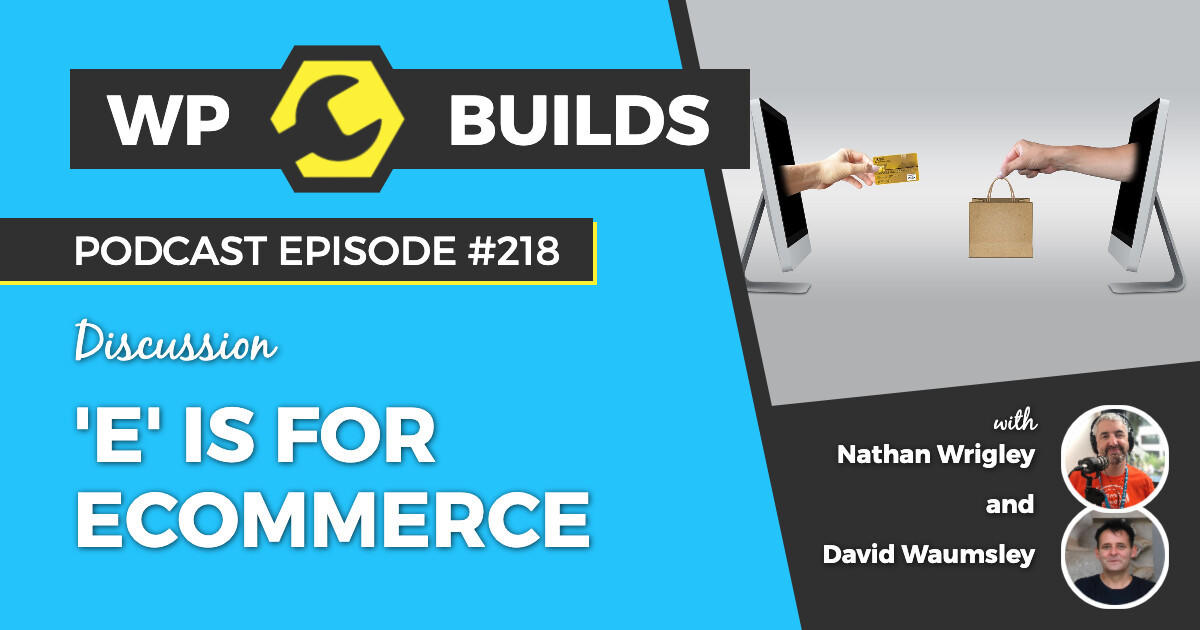 It’s another of our chats in the series called the ‘A-Z of WordPress’, where we attempt to cover all the major aspects to building and maintaining sites with WP.  Today is ‘E’ for… Ecommerce...

"We’re making changes to how Free users access LastPass across device types. LastPass offers access across two device types – computers (including all browsers running on desktops and laptops) or mobile devices (including mobile phones, smart watches, and tablets). Starting March 16th, 2021, LastPass Free will only include access on unlimited devices of one type..."